What Is An Affidavit Of Support? 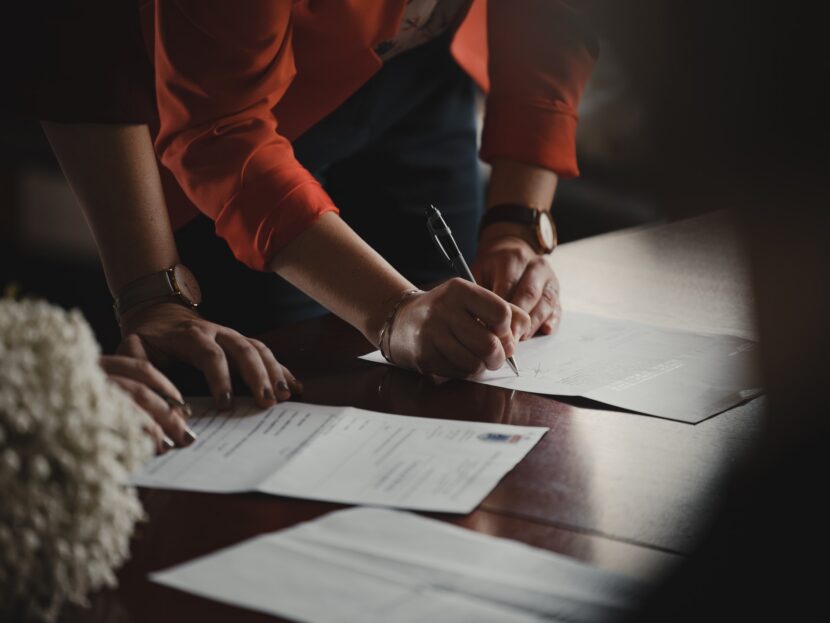 There is a variable mountain of documents that people have to fill out when legally immigrating to the United States, or helping another person immigrate, whether they be a spouse, child, parent, or employee. Below, our team of immigration law experts at Brudner Law will explore the meaning and importance behind one of the essential documents involved in helping another individual through their immigration journey; the affidavit of support.  Please continue to learn everything you should know about this essential document, and also consider exploring our wide selection of other expertly written immigration resources.

Related: How Much Does it Cost to Apply for U.S. Citizenship?

What Is an Affidavit of Support?

By filing an affidavit, you are essentially making a contract with the U.S. government that says you will pay for an immigrant’s shelter, food, water, clothing, medical care, and other essential needs. This financial obligation stays in place until they either become a full-fledged U.S. citizen, are no longer a lawful permanent resident, have received 40 quarters of coverage (usually ten years), or have died.

What Documents Are Needed For Affidavit of Support?

Aside from the affidavit itself, sponsors must submit a range of other documents to establish themselves as a viable sponsor for an immigrant. However, some of the documents required depend on several factors. The documents that all sponsors need to submit alongside their affidavit of support include;

Who Needs An Affidavit of Support?

The majority of family-based immigrants and some employment-based immigrants must have a sponsor that files this form to show that the immigrant in question will receive adequate financial support. The intention is to indicate that the immigrant is not likely to require assistance or rely on financial support from the United States government. The specific types of immigrants who are required to submit an affidavit of support completed by a qualified sponsor include;

What Happens After Submitting Affidavit of Support?

After submitting an affidavit of support (alongside all of the necessary documentation discussed above) the National Visa Center (NVC) will review them for correctness and completeness. If any forms are not completed or technically correct, the NVC will contact the petitioning sponsor to correct and complete the applicable forms. They will also inform the sponsor if any necessary forms are missing. As soon as the NVC determines that the affidavit and all of its supporting documents are correct and complete, they will send them to the appropriate U.S. consulate or embassy alongside the immigrant visa petition.

When submitting the affidavit of support and its accompanying documents to the NVS, be sure to send a copy to the immigrant you’re attempting to sponsor to take with them to future interviews.

Related: Everything You Need To Know About Border Crossing Cards

What Are The Responsibilities of a Sponsor?

By becoming a sponsor of an immigrant through an affidavit of support, an individual agrees by contract with the U.S. government to financially support the sponsored immigrant(s) until they become U.S. citizens or until they are credited with 40 quarters of work. This includes paying for essentials like shelter, food, water, and clothing. The obligations of a sponsor end only after the immigrant leaves the country and is no longer an LPR, becomes a U.S. citizen, or dies.

Are you struggling to navigate the complicated paperwork, technicalities, and other nitty-gritty details that come with immigrating into the United States? Please consider contacting our team of passionate and expertly trained immigration lawyers at Brudner Law today to learn about our services.

What is the Total Minimum Income Needed To Sponsor An Immigrant?

Is There a Fee For an Affidavit Of Support?

No fee is required if a sponsored immigrant files the affidavit of support with the U.S. Citizenship and Immigration Services (USCIS) abroad with the Department of State (DOS). However, there is a $120 per-case fee for reviewing affidavits of support forms if they are submitted from within the United States. This is the only fee involved with the affidavit of support, even if multiple sponsors are associated with a single case. Sponsors can pay the fee online at ceac.state.gov if they have the NVC case number and the invoice identification number needed to log onto the site.

Can a Friend File an Affidavit of Support?

In short, yes, a friend can become a financial sponsor for an immigrant by submitting an affidavit of support. However, it’s essential that a person fully understands the responsibilities they legally take on by submitting this form, which is the same for family members who become sponsors of immigrants. They’ll be required by U.S. law to financially support their friend so that they won’t become a public charge until;

If the immigrant ends up requiring or receiving financial assistance from the government during this time, the sponsor may be liable for fines and may even become part of a civil lawsuit where they’ll be required to repay the government.

For a friend to financially sponsor an immigrant with an affidavit of support, they must;

What Are the Penalties for Falsifying an Affidavit?

If a prospective sponsor willingly or knowingly falsifies information on an affidavit of support or submits false documents with the affidavit, the government will reject the petition. Additionally, the prospective sponsor will face severe penalties and may be subject to criminal prosecution under U.S. law. The United States government may actively pursue verification of any information on the affidavit of support or any supporting documents submitted to locate falsified information, including income reports, employment information, and more.

Related: I Just Received My Citizenship, What About My Minor Children?

When Not To Submit for An Affidavit Support

Specific individuals are not required to file an affidavit of support. These include;

Our immigration experts at Brudner Law hope that the above information has helped you better understand the critical importance of an affidavit of support document within the immigration process. If you would like us to help you navigate the complex process of immigrating to the United States, please get in touch with us online to learn about our services and schedule a consultation, or call us at 714-794-9366.

Immigrating to another country is a long, complicated, and highly technical process that many people struggle to navigate without the help of a certified legal expert at their side. Thankfully, our team of passionate immigration lawyers at Brudner Law is here to help make the process as straightforward as possible.

← Petition For Spouse Mistakes You Need To Look Out For Consular Processing vs. Adjustment Of Status: What’s The Difference? →