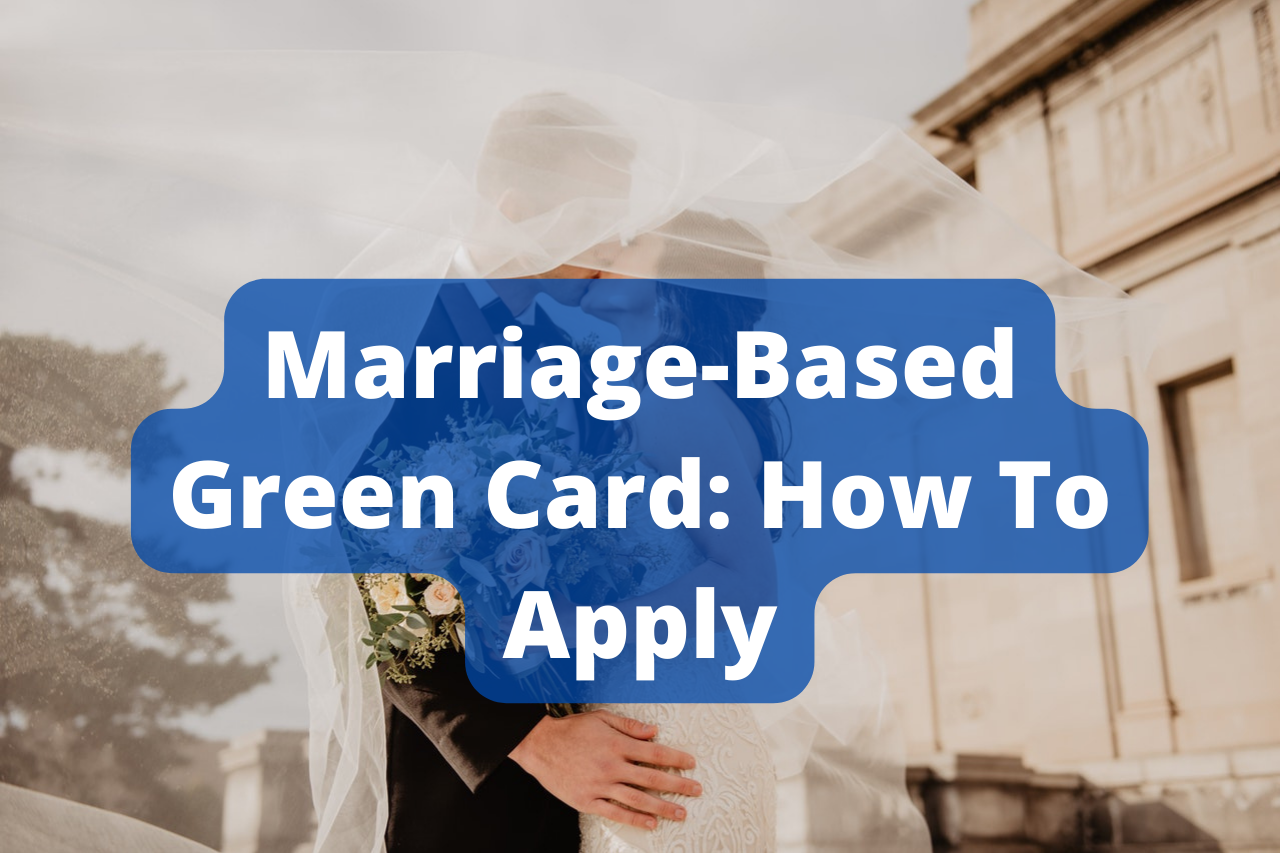 Marriage-Based Green Card: How To Apply In 2022 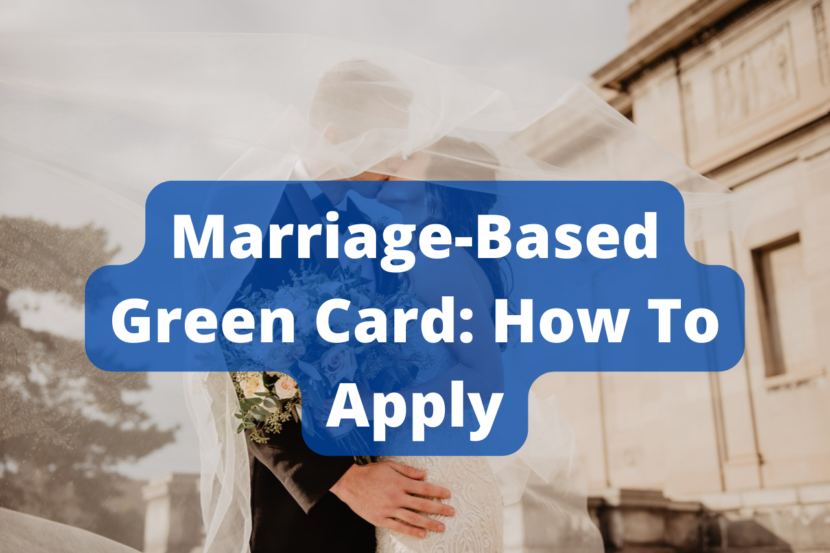 When someone wants to live and work in the United States, they can apply for a Permanent Resident Card, also known as a green card. There are several ways to receive a green card, but one of the most popular ways is through marriage to a U.S. lawful permanent resident or citizen. If you have questions about these marriage-based green cards, here is everything you need to know for the 2022 process.

Are you considering applying for a marriage-based green card? At Brudner Law, we have a team of immigration attorneys in Irvine and Orange County who can answer your questions.

What Is a Marriage-Based Green Card?

A marriage-based green card falls into the family-based category and grants eligible spouses of a lawful permanent resident or U.S. citizen a green card after the marriage. If you are already married, your spouse can sponsor you for a marriage-based green card. However, your spouse must be a permanent resident or U.S. citizen. The green card allows you to live and work throughout the United States, giving you the status of permanent resident of the United States. If you want to qualify for this benefit, your marriage must be legally valid and recognized in your country. You can provide evidence of a legal marriage with a marriage certificate.

The marriage must be based on a genuine relationship (bona fide marriage); not one entered for the purposes of circumventing the immigration laws. Since 2013, same-sex marriages have received the same treatment as opposite-sex marriages under the guidelines of the immigration law. For any couple, a partner can sponsor for a green card whether you are in an opposite-sex or same-sex marriage. However, domestic partnerships and civil unions are not considered marriages under federal law, and they will not qualify for a marriage-based green card.

Related: Do You Need an Attorney at Your Green Card Interview?

How does a marriage-based green card differ from a K-1 visa (fiancè visa)? The K-1 allows your foreign fiancè to travel to the United States with the purpose of getting married here. However, the wedding must take place within 90 days of their arrival. After the marriage, the foreign spouse can apply for permanent residency.

What is the difference between a 2-year and 10-year green card? Those 2-year green cards, also known as conditional permanent resident cards, are usually awarded when the couple has been married for less than two years from the date of the marriage and the date of the interview. Before the expiration of the two years green card, the spouse will be required to submit an additional form (I-751) to remove the condition on the green card and obtain the 10-year permanent resident card. Most marriage-based green cards are 10-year green cards that you can acquire if the individual has been married after two years and prove the legitimacy of the marriage with evidence. Remember that green cards will not last forever; you will have to continue to renew your status.

How Does a Marriage-Based Green Card Work?

Along with being a U.S. citizen or green card holder, the sponsoring spouse needs to meet specific requirements to apply for a marriage-based green card for their spouse. As previously stated, the sponsor must be legally married to the applicant. The sponsoring spouse must also pledge their financial support to the spouse. With that, the sponsoring spouse must file an affidavit of support. The spouse needs to demonstrate that they have the means to support the entire housing, including themselves, the foreign spouse, and any children at 125% above the federal poverty level. If the sponsor does not meet those income requirements, they may have to find a joint spouse for their spouse.

Applying for a Marriage-Based Green Card

It is a three-step process to gain permanent residency through marriage. How long do you have to be married for a spouse to get a green card? Typically, you must be married for two years before applying for a green card. The processing times can take a few months to over a year. Those processing times for spouses of U.S. citizens tend to move quickly.

First, you need to file Form I-130, Petition for Alien Relative. With that, it demonstrates a legitimate marriage between you and the permanent resident or U.S. citizen. You will need Form I-130A as a supplemental document when a spouse is sponsoring your green card. You will have to provide information about you, the sponsoring spouse, contact information, address history, and work history.

Along with the forms, you must prove that the spouse is a lawful permanent resident or U.S. citizen. You will need to show birth certificate copies, marriage certificates, passports, and other official documentation.

For those in the United States, you may be eligible for an adjustment of status with Form I-485, Application to Register Permanent Residence or Adjust Status. With that, you can be allowed to receive a green card without leaving the United States. You must maintain legal immigration status and not be considered inadmissible in the United States, such as having a serious health condition or criminal record. If you are not eligible for an adjustment of status, you will have to interview at the U.S. consulate. It will cost $1,140 to file Form I-485 with an $85 biometrics fee.

Like the I-130, you must submit supporting evidence with this form, including passport photos, birth certificate, and proof of legal status. You must also submit Forms I-864 and I-944 to show financial means of support. Sometimes, you may have to schedule a medical exam with the application. The processing times can range from six months to more than two years. In most situations, the processing time is 12 to 18 months.

You will need to attend an interview with your spouse. The interview notice will have a list of all the required documents. You will want to bring both the originals and copies of these documents. It is essential to bring a driver’s license or identification card, birth certificates, marriage license, proof of income, employment documents, and evidence of your marriage, such as assets and bills in your name. Usually, you will be questioned separately from your spouse to determine that the marriage is legitimate. Once you are approved, you can be eligible for a green card.

Related: What Happens If My Green Card Expires?

Will You Lose Your Green Card If You Get Divorced?

With the complexity of a marriage-based green card, you should seek advice from an Irvine or Orange County immigration attorney. Consulting an attorney can help you determine which path to take to receive a green card in the United States.

Do you help with your green card application? At Bruder Law, we are ready to answer all of your immigration questions. Schedule a consultation today!

← What Is an E-2 Visa? Requirements, Application + Tips What Happens To My Green Card If My Spouse Dies? →